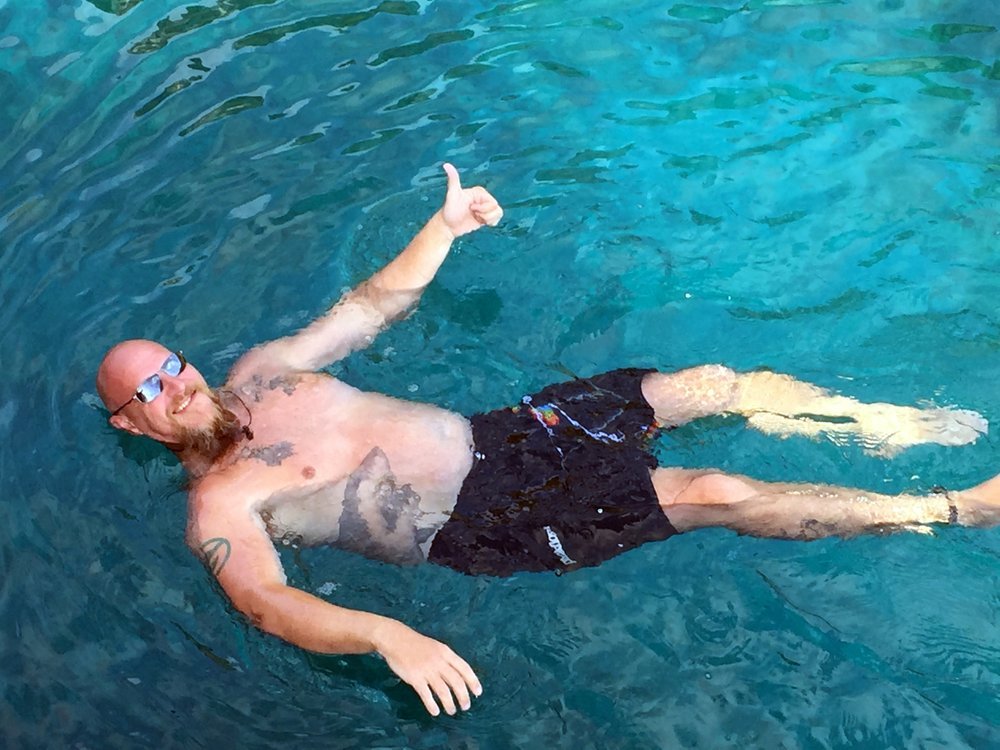 Originally from West Virginia, Tige moved to the Manassas area in 2011. He and his wife, Monica, were running a “mom and pop” scuba instruction business from their home in West Virginia before moving here.

Tige began diving via a Discover Scuba Diving in Mexico in 2003. His immediate love for the underwater world led to his certification in Mt. Storm, WV three months later. From there, his continued obsession led to more training until he got his instructor card, with Monica, in 2009. In 2010, he obtained his Master Scuba Diver Trainer. In October 2012, he finished his training to become a PADI IDC Staff Instructor.

In June 2015, Virginia Scuba made the decision to begin teaching SSI. After a few months of learning the new system, Tige went to Charlotte, NC and attended an Instructor Trainer Seminar. He and Tom Burns successfully completed the ITS and are now Instructor Trainers.

Tige, along with his business partners, purchased Virginia Scuba in July of 2012. His love of diving and “the dive life” puts him in his own little Caribbean world, so make sure you are prepared to be somewhere tropical when you talk to him.